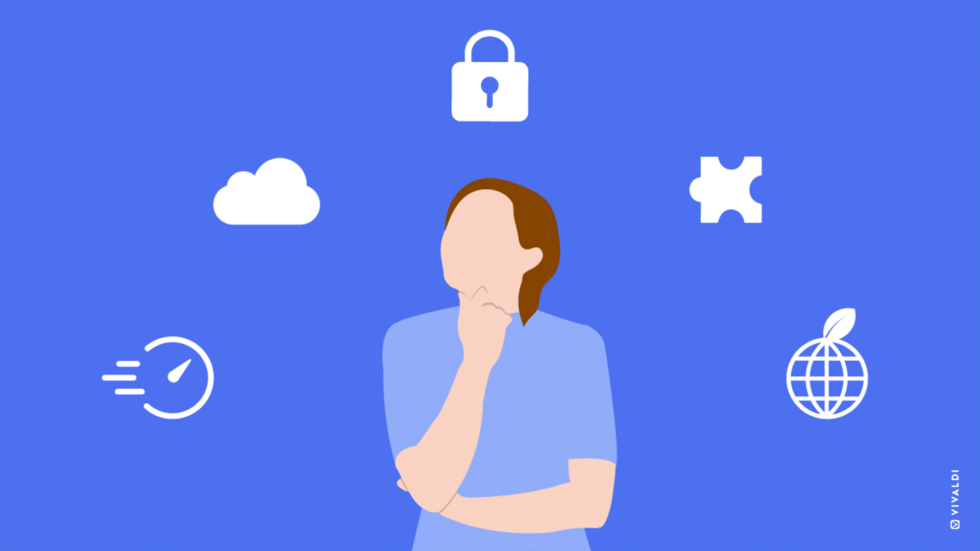 Contents
Three parts to a browser
What’s in an engine
User interface: Only in Vivaldi
Zero tracking in Vivaldi

You’ve just downloaded Vivaldi browser and are about to put it to work. How different can it be from Chrome, you are wondering? It’s a Chromium-based browser after all.

Many other browsers are based on the Chromium code, including Opera, Brave, and Microsoft Edge. Because Chromium, the project maintained by Google, is open source, anyone can fork a browser based on it. But it would still amount to nothing more than a Chromium clone, right?

Three parts to a browser

We often get asked about the relationship between Vivaldi and Google Chrome. And this is what we usually say.

Browser code can be roughly divided into three parts.

The first part – the browser engine – takes care of rendering webpages. That’s the code we share with Chrome and other Chromium-based browsers.

The second part is responsible for the user interface – that’s the part you see and interact with the most. That’s where Vivaldi is unique.

The third part controls external services such as synchronization between devices. In Vivaldi, that part is fully secure and independent of Chrome.

So this is what Vivaldi’s made of: a universal engine, a fundamentally new user interface, and secure and independent data exchange.

What’s in an engine

What should you make of the fact that Vivaldi shares its engine with Google Chrome?

There are several major browser engines out there.

If you look inside Chromium, you’ll find a browser engine called Blink. In 2013, Blink was forked from WebKit, Apple’s browser engine.

Apple, in turn, still uses a version of WebKit in the Safari browser.

WebKit was an offshoot of yet another open-source program in the early 2000s – the KHTML and KJS libraries from the open-source community KDE.

There is also the Gecko engine in the Mozilla browser, which Mozilla is updating with Quantum, a next-generation web engine for Firefox users.

That’s pretty much why we didn’t go down that road. Like other browsers, we had to pick an engine that was already out there.

At the time, we found that the Chromium engine was secure and the most widely used – that was important to us. Moreover, Chromium was becoming the de facto web standard meaning that if we wanted web pages to not break, we’d have to fork Chromium.

Other pieces of code were either unavailable or undergoing significant re-writes (think Gecko).

User interface: Only in Vivaldi

The truth is that while we rely on the Chromium engine to render the pages correctly, this is where similarities with Chrome (and other Chromium-based browsers) end.

Instead of using the normal Chromium UI (user interface), we focus on building our own customizable user interface based on web technologies.

It’s the Vivaldi code and not the Chromium code that makes it possible to customize the browser to the extent our users are familiar with.

The UI of Vivaldi – the part you’ll interact with the most – is what sets us apart from other browsers.

For some, Vivaldi is the first app they install on a new computer. Or the second. 😜 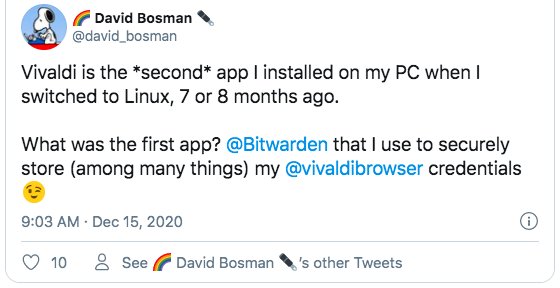 The browser is a pretty key piece of software on any device but each of us uses it in a way that is unique. What our users like is that we design our software for the individual.

Vivaldi launched in 2015 precisely to make up for the lack of customization and loss of features in other browsers. From the very beginning, we’ve focused on building our own, highly customizable UI, and unique features.

There’s a host of stuff you can’t do in Chome but you can in Vivaldi.

Here are 12 things to get you started.

🔥  Pick from several pre-defined themes or create your own.
🔥  Place your tabs at the top, bottom, left, or right of the browser.
🔥  Toggle on and off your tabs, address, bookmarks, and status bar.
🔥  Move around UI elements.
🔥  Place your go-to sites in a sidebar.
🔥  View websites side by side in a split-screen view.
🔥  Customize your menus.
🔥  Search through bookmarks, tabs, settings, and more with Quick Commands.
🔥  Create custom keyboard shortcuts for everything.
🔥  Block trackers and ads without extensions.
🔥  Take notes in the browser.
🔥  Take full page screenshots.

The possibilities of customizing Vivaldi are endless and even long-time users find options they’ve not explored before.

I was just showing off @vivaldibrowser briefly in a Zoom call today, and it prompted me to have a proper look at the Page Actions feature. The CSS debugger and Highlight hover are amazing! ⬇️ Example of CSS debugger on DuckDuckGo homepage: pic.twitter.com/egPmMQW3uL

And if you are addicted to Chrome extensions, almost all work in Vivaldi.

The final part of our code controls external services such as synchronization between devices.

Although we use the Chromium engine, when you sync data between devices with Vivaldi, nothing is leaked to Google.

How do we achieve this?

Some time ago, we built our own Sync system just to avoid this scenario.

Our Sync doesn’t use the Google sync servers, period. The changes we have made to the engine make it incompatible with Chrome synchronization. With Vivaldi, your sync data is not only safe from Google, it’s protected with end-to-end encryption.

What’s more, unlike Google, we aren’t an advertising company. Our business model is not about collecting user data and monetizing it.

The sites you visit, what you type in the browser, your downloads – we have zero interest and zero access to that data. It’s either stored locally on your machine or encrypted.

Unlike Chrome (and most other browsers), we do not monitor which parts of the browser you use, we do not observe your actions while you are browsing, and we do not build data profiles about your browsing behavior.

We disable a lot of stuff in the Chromium code to keep your data private.

Where Chrome builds up huge data profiles of everything you do to keep track of the sites you visit (so that they can say “50% of users browse this site”), we disable activity monitoring information. Where Chrome keeps track of every hiccup that the browser experiences (so that they can say “this 5-second delay is experienced by 3% of users”), we disable sending back debugging information.

We do want to hear about your experiences with Vivaldi, so we invite you to choose to share your experiences on our forum or in surveys. We listen to you instead of treating you like a set of numbers.

Vivaldi does integrate the Safe browsing API from Google, which checks the sites you visit against a master list of known suspected phishing and malware sites. This feature can be turned off in the Privacy settings (Settings → Privacy) – just note that you do so at your own risk. For more on this, take a look here.

We take it you are now eager to get going with all the customization options and built-in features in Vivaldi. Happy browsing! 🌈

3 things that work better in Vivaldi compared to Google Chrome