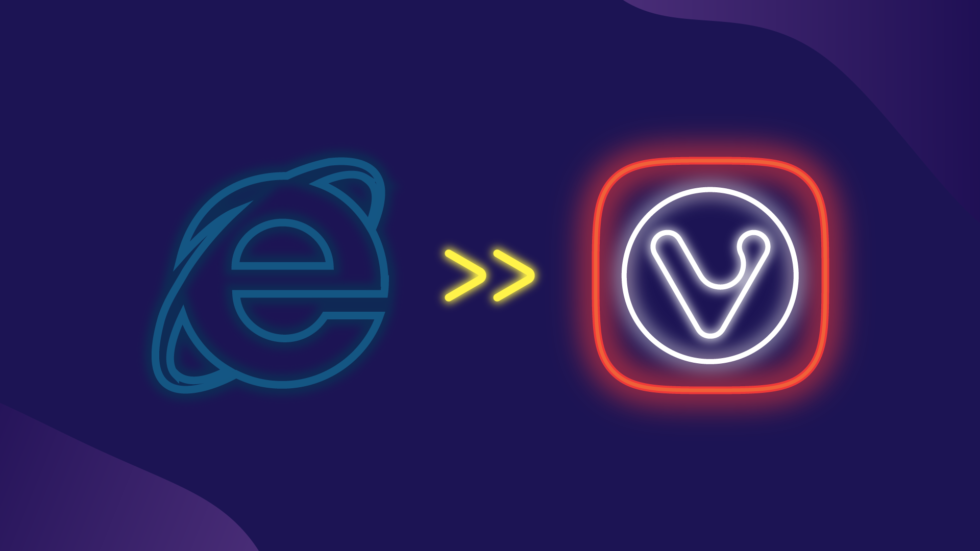 Internet Explorer 11, the third most popular Windows 10 web browser, will no longer be supported by Microsoft 365 services from August 2021. Microsoft Teams will stop supporting it already this November.

That means that IE11 will stop getting improvements or additions. Speed and performance will lag, and only serious security patches will be applied.

Internet Explorer, which once had over 95% of the browser market share, has gradually lost its shine.

But if you’re running Internet Explorer 11 on one of your machines, you’ve likely heard this talk before.

But now it’s time to replace Internet Explorer 11 too. And since IE 11 is being phased out, you’ll need to replace it with a whole new web browser.

You can, of course, go with Microsoft Edge, the Chromium-based browser which Microsoft began rolling out to Windows 10 users back in June. In fact, whether you asked for it or not, Microsoft may have already installed it on your computer via Windows Update.

Or – since you will be breaking out of your comfort zone and changing web browsers anyway – you can replace it with the best browser there is!

A lot has changed in the world of browsers since Internet Explorer’s heyday. Browsers have become the most important ally, influencing your internet experience profoundly. Now, you can count on a good browser to:

If you are using Windows 10, Microsoft will supply it bundled with the Edge browser. However, Microsoft can’t stop you from picking another default browser.

The user interface is the part you see and interact with in a browser. An adaptive interface lets you adjust the position, size, and appearance of the browser’s UI elements.

While most browsers let you tweak only the most basic functionality, that’s certainly not the case with Vivaldi browser.

Vivaldi browser launched five years ago to make up for the loss of features and customization in other browsers.

In Vivaldi, you can customize the placement and appearance of the Address Bar, Bookmarks Bar, and Status Bar. You can place them at the top or bottom of the screen, adjust their size with User Interface Zoom, or hide them altogether.

The Tab Bar is another case in point. You can place it on the top, bottom, left, or right of the browser window. You can also hide it if that suits your workflow.

You can view tabs side by side, stack them on top of each other, or hibernate them to free up your machine’s resources.

There’s even more built-in functionality such as the ability to take notes right in the browser, capture full-page screenshots, watch videos with Pop-out Video (Picture in Picture), or place useful apps in a sidebar (Web Panel).

If you do a feature-for-feature comparison with other web browsers, Vivaldi will easily come out on top. It is loaded with unique features that will come in useful when you replace Internet Explorer 11.

Internet Explorer has consistently ranked at the bottom of performance tests.

In a recent study of the fastest Windows 10 web browsers, ZDNet’s Steven J. Vaughan-Nichols decided to not even waste time benchmarking it. When he’d done this back in 2018, IE11 had been “the worst of the worst”. Knowing that Microsoft was getting ready to retire it, he decided against testing it and concluded: “If you’re still using IE, just stop already. You’ll be better off with anything else.”

Vivaldi browser’s business model, on the other hand, isn’t about collecting user data. Vivaldi is built with privacy and security in mind and gives you full control of settings critical to keeping your data safe, such as Tracker & Ad Blocker. And we are completely transparent about where our revenue comes from.

Oh, and did we mention that it can synchronize your bookmarks, passwords, and many settings between your computers and devices so that you can log in to websites from any device without having to copy everything manually.

Any browser data that you sync between devices is sent using end-to-end encryption. Data is encrypted on your device using a password that is never sent to us. Not a bad reason to replace Internet Explorer 11 with Vivaldi browser.

Most browsers you will replace Internet Explorer 11 with, such as Edge or Vivaldi browser, are Chromium-based and their code follows the standards and guidelines established by the World Wide Web Consortium.

If you replace Internet Explorer 11 with Vivaldi browser, you will get regular updates – and not wait for a new version of  Windows 10 to be released to get a browser update.

Vivaldi is continuously updated. We update it every six weeks and our updates include important security fixes. Take a look here why it’s important to get regular browser updates.

Luckily, Microsoft has made it very simple to change the default browser on your computer. Importing bookmarks from Internet Explorer is also very straightforward.