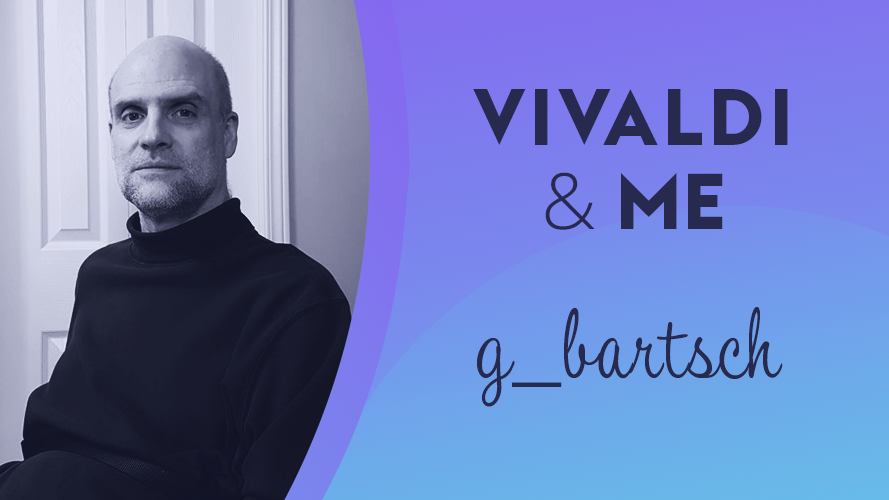 Garry Bartsch “g_bartsch” is a husband with two kids working from his home in Alberta, Canada. One thing that makes him different is that he has a spinal cord injury and uses a wheelchair, as well as a computer mouse and a keyboard in a way different than most people.

Garry trades commodities – simple things such as crude oil and natural gas. Both are a big part of life in Alberta, but this has nothing to do with why he trades.

“Trading is just one way to make money, and it’s technical. You’ve gotta be sharp, you’ve gotta observe, you study a lot.”

3D printing to the rescue

Garry is into 3D printing big time and has been doing that for about 4 years.

“It’s great for me because when you’re disabled you often need a lot of tiny gadgets and things you can’t buy. If you try to find somebody to make them, it’s difficult to find and expensive. If you have a 3D printer you can design it in CAD and actually print things out yourself. If it doesn’t work, you make another one that might work until it does.”

He’s made numerous cool things with his 3D printer.

“Things for fishing, for holding a fishing rod, swivel mechanisms. Something simple – a little calculator stand. I’ve made modifications to my computer mouse with a 3D printer. On my wheelchair, I’ve made additions. There’s a lot of them, so many.”

He’s even designing his own 3D printer, and already looking for parts for it.

Back to that fishing thing

There are many lakes and rivers in Alberta and Garry likes ice fishing.

“I do have a boat, but boat fishing is a lot of work because I can’t just drag it out myself. When ice fishing, you can drive out onto a lake and set up a tent with a heater, and then you just fish.”

Vivaldi gave him back the web

Garry had been an Opera user since back in the days when you had to pay to use it. When Opera changed, he was devastated.

“The way you access the web, you get used to it, and there was nothing that worked the way old Opera did – before I discovered Vivaldi.”

Vivaldi was fresh and new, though extremely rough at first.

“I stuck with it and there was a community, and I had lots of questions about tweaks or making it work better. So that’s why I joined up with the community, and Vivaldi has given me back the web.”

“I’ll just tell you what I’m looking at right now – I run 4 windows at once, and one of them has my charts and trading and business tabs in it, and I’ve got another one that’s got miscellaneous, another that has my 3D printing, and a last that’s got health related things in it.”

He can switch between any of these, jumping from work to hobby to health.

Loves his other software too

His email client The Bat is awesome.

“It’s out of somewhere in Europe. It’s not well known but it’s exceptional.”

His 3D printing software is important to him too.

“I have a CAD program called IronCAD for industrial design and mechanical CAD. Then there’s just the software you need for the printing itself. There’s also a forum, RepRap for 3D printing, that I am a part of, and in my city we have meet-ups.”

Just don’t get him started on this.

“Everything around me has been ‘hacked’, all of it, it’s transparent because it’s just such a part of my life that I don’t even think about what I’ve done anymore.”

When he goes through a department store like Home Depot, whatever he looks at, he can turn into something else.

“I never look at things as if I want to buy them for the use they were intended. Most things I look at I think, ‘how can this be modified?’”

His computer mouse is unique.

“There is nothing else like it in the world. It’s a bit beaten up, but it’s great. I came by it naturally because my dad was an inventor, a hacker, and a modifier. He was always inventing and building something. Now with me the way I am, I have to do it. But it is something I like doing.”

Garry doesn’t watch many movies because he feels that he should be doing something productive.

“On YouTube you can watch so many interesting things, people making stuff, archeology, and history.”

For the last few months, he’s been focused on medical books because of personal issues. He wants to learn as much as he can about that.

“As far as fun books, The Absent Superpower about America and the world without American influence is great. It’s about leaving all the other countries to find how they can get the energy they need.”

“The community of Vivaldi users and their suggestions and feedback is what will set Vivaldi far above any other competing browser – if the Vivaldi team will listen to their users. And that’s what they have done and plan to do, but they will reap the benefits of listening, because they will give people what they want, and they will have many more ideas coming from the community than the developers could on their own. Doing what they are doing more, listening to the community, that’s going to make them the winner.”

Read more stories in this series:

Alexander Shmidt does not accept the status quo

Bruce “Ayespy” Hamilton knows how to figure stuff out