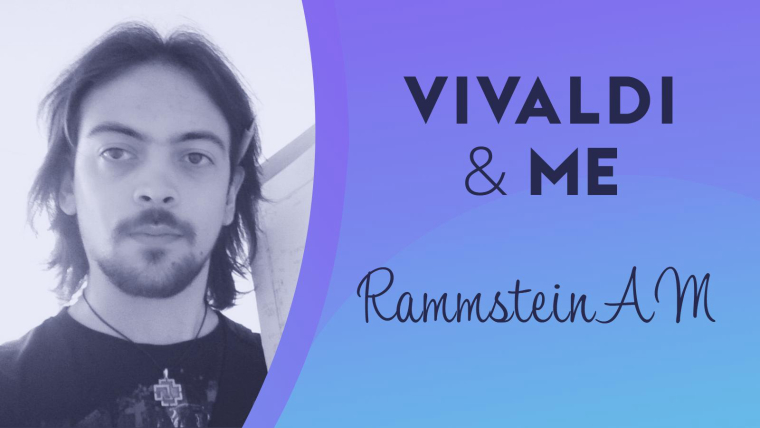 Avet Brutyan (“RammsteinAM”) is an architect by education who started learning C# and JavaScript programming. In fact, he has just switched jobs and started working in IT in Yerevan in his native Armenia.

“I worked in a small architectural office for about 5 years, but I felt that the work was too focused on interior design, which I didn’t like. Architecture is very different– you have to know the environment.”

Although many people learn programming to make more money, he did this because he wanted more job satisfaction.

“I want to have a satisfying career, and I hope that programming will let me follow my passion.”

In his architectural job, Avet was really good at taking measurements and making detailed drawings.

“Even after I quit, my old company and other companies kept hiring me for measuring houses and apartments, and making 3D models with top accuracy.”

…And ArchiCAD and taking photos of cats

As an architect, Avet used ArchiCAD, which he thought was a really nice programme for building information models (BIM). He also used Adobe Photoshop, CorelDraw and some other programmes for editing images and creating vector drawings.

“I like photography, but I don’t have a professional camera and I’ve never taken photos as more than a hobby. I really like to take photos with my phone, mostly nice panoramas and cats.”

Learned to play music too

Besides listening to music, Avet likes to play guitar and the piano.

“I’ve also learned the flute, but I am currently not playing it. I don’t play in a band, only for myself and friends. For me, the process of learning is mostly technique, so I have to play a lot. This requires patience I don’t generally have because I’m someone who wants to see results instantly. Mostly I play the songs I hear and love. My favorite band is (of course) Rammstein, and the best classical composer is Johann Sebastian Bach.”

Loves to play some old and some new video games

“I really love Doom, a game that most people my age don’t play anymore as it’s very old. Doom was the first game I ever played, and there are still a lot of people playing in multiplayer mode. I also played Skyrim Elder Scrolls. I am looking for a new graphics card to play the latest Doom 2016, as my graphics card is old and too weak.”

Top IT specialist in Armenia told him about Vivaldi

Before Vivaldi, he used the Opera browser, as well as the old Opera with the Presto engine.

“One day my friend Artak Gaboyan, one of the top IT specialists in Armenia, told me that the old team was making a new browser. I tried it and I’m still using it. I really love it. I am engaged in the community mostly because I want Vivaldi to become better, so I’m not only writing on the forums but working to report bugs. I’m not so familiar with the other community members, but I do try to read and make suggestions, and sometimes I try to share some thoughts on improvements for different features.”

He wants every Vivaldi user (and power user) to share and tell their friends about Vivaldi.

“For example, I’ve shared Vivaldi with all of my friends and many of them have begun using it. I think if Vivaldi is to grow, the community needs to share, as it will help Vivaldi make the browser better. In my opinion, advertising can have the opposite effect sometimes. I think the best advertisement is to show how good something is, to show friends and everyone else what they can gain from using a good product.”