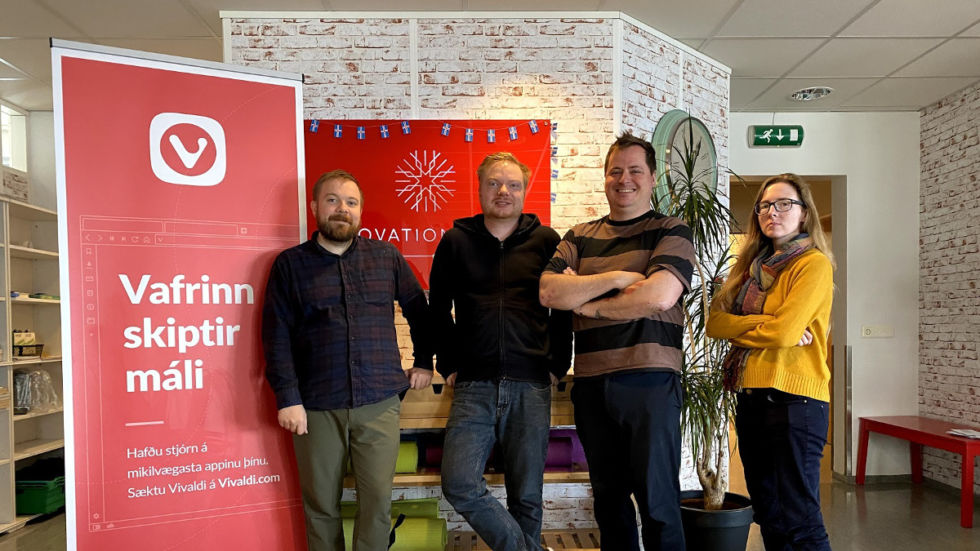 Vivaldia is available both online and offline on Windows, Mac, and Linux computers as well as on Android devices, Chromebooks, and tablets.

We integrated Vivaldia so that you can have fun and take a break.

The game was developed by the game development company Porcelain Fortress and integrated in the browser by the Vivaldi team.

Porcelain Fortress is based in Iceland and was formed by a group of friends who share their passion for video games.

And what’s their connection to Vivaldi?

We share a workspace with the Vivaldi team in Iceland. We are all based in a co-working space called Innovation House in Seltjarnarnes, Reykjavik. We started using the Vivaldi browser and fell in love with it. Not long after, we started talking about how cool it would be to make a game for it.

Set in a world where humans and technology collide, the hero of the game, Vivaldia, fights to overcome evil and claim her city back. How did they land on the idea for Vivaldia?

The Vivaldi browser is a perfect example of how a modern day hero should act. So much private information is running through some browsers today. Should that information be collected and manipulated by those who have it? Should corporations, political and religious groups take advantage of that data to promote their message when the user is unaware that this is going on? This is something that the Vivaldi browser does not do.

It’s no coincidence that Vivaldia is inspired by the Future Noir and CyberPunk genres.

Vivaldia correlates with one of the pillars of the Future Noir theme where corporations have corrupted the world as we know it almost to a point of no return. In Vivaldia, the protagonist is fighting the same war as the Vivaldi browser – trying to keep people safe from evil machines run by corporations that want to steal the identity of people for profit.

But there’s light at the end of the tunnel.

If we can say one thing to those people who will play Vivaldia, it is ‘Don’t lose hope, Vivaldia will never, ever, give up!’