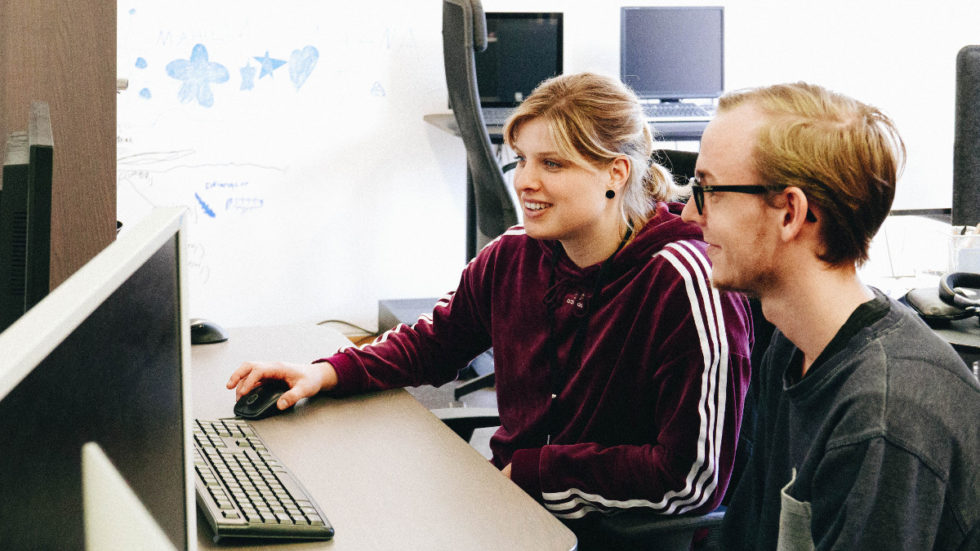 You may remember Vilde and Knut, two of our summer interns in 2018. They helped our QA team test new versions of the browser and bugs reported by you.

Vilde has just completed her Bachelor’s thesis in game programming at Kristiania University College in Oslo and is done with her studies. Knut has one more year to complete his Bachelor Degree in Informatics: Language and Communication at the University of Oslo.

Vilde is thrilled with the work experience she got at Vivaldi last summer and how that has helped her over the past year.

I got to experience the process of developing a software product. I got to see everything from how Git is used for software development to how users report bugs, bugs get tested and fixed by the developers. The developers showed me how they work with the code, how it’s built to get an exe file, and what it takes to release a new version.

With so much experience under her belt, Vilde found it easier to keep her focus at University, learning the things she needed to learn.

It’s difficult to imagine what different tools are supposed to do, and sometimes these tools are complicated to grasp. After seeing tools like Jira and Git at work, I could appreciate their value. Life would be so complicated without them!

This past year at University Knut took several linguistics classes as well as a SQL class.

What I learned at Vivaldi was not directly relevant this year but I expect it will be very relevant and will help me a lot with the classes I will attend next year.

Interning at Vivaldi last summer, Vilde and Knut got inspired to learn things they were not learning at college. Vilde realized the importance of the command prompt and she’s tried learning it over the past year.

I had heard people say that it’s “powerful” but I never quite understood why. It looks like a complicated and not very user-friendly tool. But, after seeing Ruari use the terminal and shortcuts to do all kinds of actions, I could see that it’s a powerful tool.

Knut has tried learning Javascript and Git. He didn’t have either of them at University but has realized that they are essential.

I don’t really know Javascript that much but I am learning a lot from just reading Giorgi’s files. At Vivaldi, Giorgi is responsible for running the automated tests.

All this means that as returning interns Vilde and Knut can contribute more to Vivaldi over the next couple of months.

I am now able to make some improvements – small, but still… 😜

I learned a lot last year, and I hope to use that knowledge this year. I think and hope I can contribute a lot more this summer. I will be testing bugs and all the new Snapshot versions before they are released. I did the same last summer. It helps that this time around I know Vivaldi very well.

So what has changed at Vivaldi while Vilde and Knut were back at University?

Some new people have started working at Vivaldi. It’s great to see that the team is expanding.

It’s very nice to get to know the “new faces” at Vivaldi like one of the developers, Karianne. I have learned so much from her, and I feel very privileged to have the opportunity to learn from experienced people.

Apart from the new additions to the team, Vilde has spotted some more changes.

They’ve put a new wall in the QA area and that means I cannot unicycle inside like I did last summer. 🤔

And what’s next for Vilde and Knut once their internships are over?

Next for me is one more year at University. I don’t know what happens after that! In any case, if you like doing something – and I enjoy Informatics – it’s important to try it out as an intern. That’s why it’s important for me working here at Vivaldi.

Ah, I feel what’s next for me is life! In September I will start my first full-time job as a developer at consultancy Capgemini. I’m looking forward to getting started! I am so very grateful for the opportunity to work at Vivaldi again his summer!