Preben doesn’t think of himself as famous even though his claim to fame in Norway is substantial and well documented.

In my home country, I’m known to the younger generation as Prebz from the YouTube duo Prebz og Dennis. This was a popular Norwegian channel that covered everything from vlogs, gameplay, and music videos in a fun and entertaining way.

We achieved everything we wanted to achieve.

His fame has meant that many people look up to him, and he takes this seriously. He feels thankful that he could just be himself and still spread good vibes and a positive attitude.

Before creating Prebz og Dennis, Preben had watched pretty much everything on YouTube – Yogscast, PewDiePie, and other “let’s play” channels. He’d enjoyed being a part of someone else’s journey.

The plan was to have a one year break from studying to see if we could make a living with YouTube, and we did it!

There were so many things to love about this time.

The creative freedom to produce content, being your own boss, the amazing fans, having meet-ups and seeing the reactions of people showing up, being able to make a difference.

One thing that Preben really likes from this time is showing skeptics that gamers do more than drink energy drinks and eat pizza.

Among the fun experiences that stand out for Prebz, is one that is documented in the photo here.

I am not smoking. This is cinnamon. 😄

In 2018, when Prebz and Dennis toured Norway with their show, they had different challenges where the loser had to do something as a punishment.

Eating a spoon of cinnamon was one of them.

Living on the edge 24/7! No, I am kidding. I’m a pretty normal guy, doing normal stuff.

He spends a lot of time with his partner and two kids, hanging out with friends, and playing games.

Before the pandemic, he was lucky enough to travel to many places around the world – India, South Korea, Japan, France, UK to name a few. The most exotic trip he’s been on was a trip to Dubai.

What led him to Vivaldi, I hear you ask.

Håvard, one of the developers at Vivaldi who is a friend of mine, introduced me to Vivaldi about a year ago. He showed me how to customize Vivaldi.

Even though Preben thought Vivaldi was cool, at the time he didn’t switch browsers. He just didn’t feel the need to put much thought into his choice of a browser. He wanted a browser that worked.

Now, I realize there is so much more to a browser, both when it comes to privacy and customization. Gradually, I’ve been playing around with the settings, realizing that it’s not the end of the world if I change something.

When Preben joined Vivaldi one month ago, he was greeted by a great group of people.

It’s a real bummer that we can’t meet in person, and I’m still getting into how things work around here, but I love being here and I like the direction we are taking.

So what’s in his plans? How will he make Vivaldi famous?

That is the big question. Together with this great team, we’ll make Vivaldi famous. How? By being ourselves. We’re not trying to be something fine and dandy and then steal your data while you’re not looking. We are just a group of people wanting to create the best browser experience possible, with a ton of customization options, without you being concerned for your privacy.

One of the tools Preben plans to use is fun and helpful content on social media. 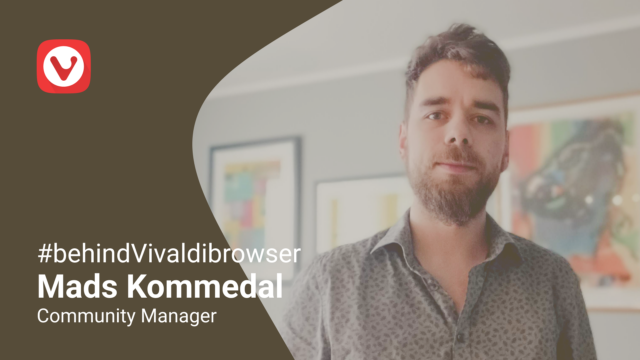 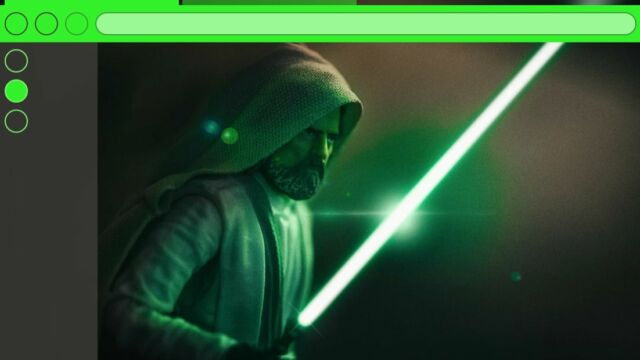 May the 4th be with you!