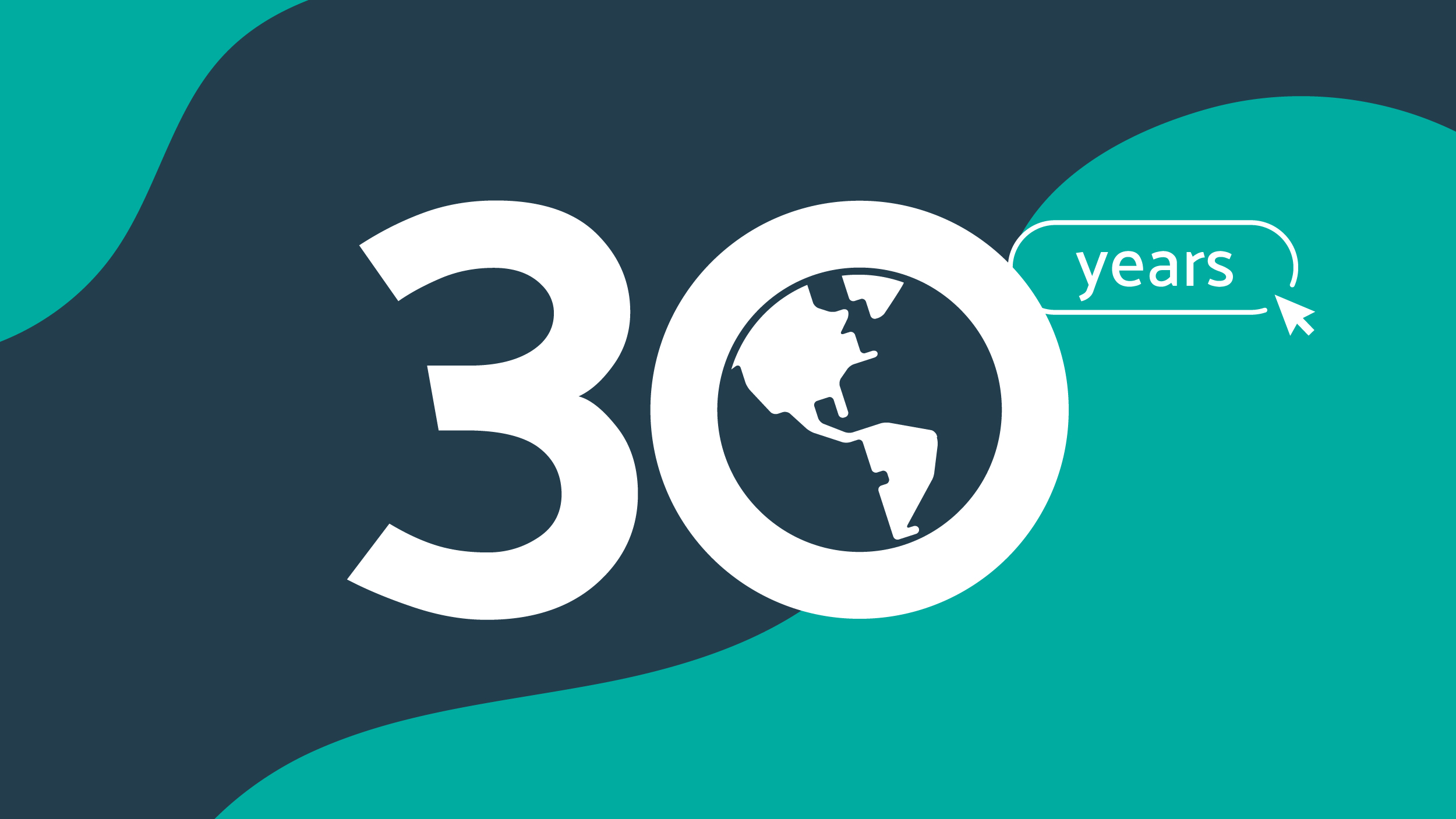 In 1989, Tim Berners-Lee implemented the first successful communication between a Hypertext Transfer Protocol (HTTP) client and server via the Internet and created the initial version of HTML.

His HTTP client was the world’s first web browser, known as WorldWideWeb. The name was also used for the wider network of sites, as noted by all the domains that include ‘www’ in their name to this very day.

Although his browser was discontinued in 1994, Berners-Lee’s vision for “a decentralized information management system” became the basis of the web.

For the history books

Vivaldi founder Jon von Tetzchner started working with the Web in 1992, just a couple of years after it became possible for web pages to be collected and accessed with a browser.

“I built an Intranet for Telenor Research. After intense negotiations I was allowed to have some small icons on the page, 300 bytes each,” Jon remembers.

“Ever since, I’ve believed that access to the Internet and to the information available there is good for society. That is why I founded not one, but two web browser companies.”

Both browsers – Vivaldi and previously Opera (which Jon left after the company moved in a different direction) were founded in Oslo.

It was also Oslo that gave birth to two of the most influential browser engines.

“There’s a building in Oslo with a massive history, within view of the Vivaldi offices. This building was the incubator of the KHTML and Presto engines. Presto had a massive influence on web standards and KHTML went on to form the basis of Webkit and Blink, on which most web browsers are now based, including Vivaldi. Several developers working at Vivaldi were also involved in creating the Presto engine”, says Ruarí Ødegaard, QA Lead at Vivaldi.

Then he adds: “If the web had not taken off perhaps you would all be reading this in the Vivaldi Gopher client on our phlog!”

The early days of the web

Do you remember the early days of the web? We asked our team and community to share their memories.

Mosaic 0.98b was my first browser. I still have a working copy on one of my “museum” machines.

We plugged our first Apple to our second phone line and blazed across the web at a blistering 28Kbps.

For more insights from our team and community, watch this short video.

Late last year, the inventor of the web Tim Berners-Lee called for a new contract for the Web, based on access for all and the fundamental right to privacy.

At the same time, Jon von Tetzchner called on politicians to ban companies from collecting data.

There are many threats to the web – from the loss of control over our personal data to misinformation and the creation of filter bubbles.

It seems that the vision for the web as a “free, open, creative space – for everyone” has yet to be defended.

At Vivaldi, we know that how your browser handles sensitive data can make a huge difference to your privacy online. Vivaldi doesn’t track or store any of your data.

We also know that your choice of a search engine can have a big impact on your privacy online. We, therefore, offer several privacy-focused alternatives that protect you from surveillance and believe in the neutrality of search results.

What is your vision for the web? If you could, how would you change the web? Tell us in the comments!