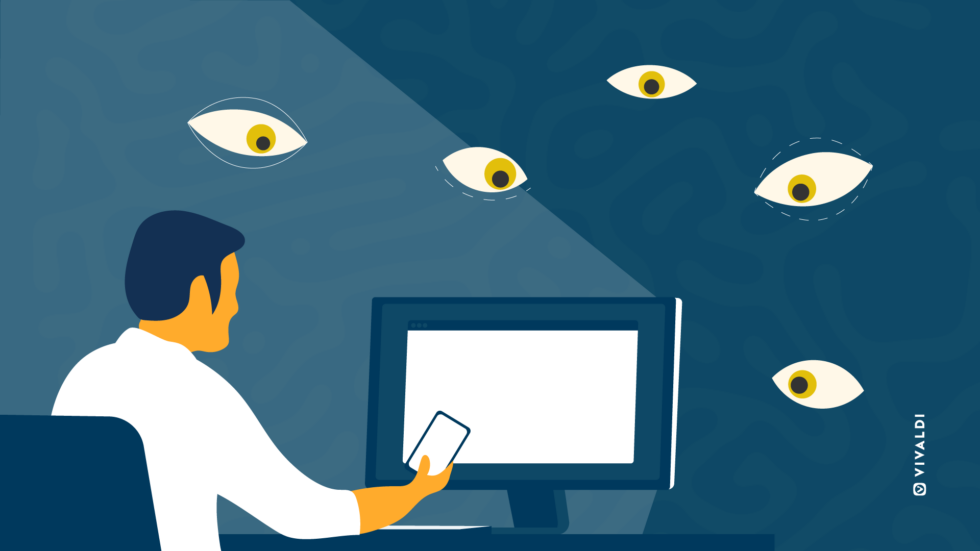 Contents
The Norwegian Consumer Council stands up for what’s right
Vivaldi has long advocated against surveillance-driven practices
What’s at stake: Big Tech makes billions, while society pays the price.
Reject “That’s just the way it is”.
We can heal the internet
This madness has to stop

For years, Big Tech has tried to speak for us. They tell anyone who will listen that we all want our data to be collected, so we can get “relevant ads”. At the same time, they have told us that, without the right to collect and harness our data, they couldn’t provide us with quality technology for free. Sadly, over time, they have managed to convince many people to accept this false bargain.

Would they have achieved the same success in their efforts had they more honestly called what they’re doing “surveillance-based advertising” instead of “relevant ads”?

Now, people are realizing just how much of their data is being collected. And while dramatic reveals of data breaches may have been what put it on their radar, it is the extent of surveillance-based advertising and data collection that should grab their attention. Because these practices have become so widespread that the damage not only impacts individuals, but also society itself.

Or, more plainly: Big Tech’s toxic business model based on surveillance-based advertising is undermining democracy. They have had more than enough chances to clean up their act. Now it’s time for them to be regulated.

The Norwegian Consumer Council stands up for what’s right

Fortunately for us all, government bodies and organizations are starting to take action to drive positive change on surveillance-based advertising, which The Norwegian Consumer Council defines as “targeted advertising that is based on tracking and profiling consumers”, as well as related privacy issues.

In April, for example, EU’s privacy watchdogs called for a ban on facial-recognition technology in public places – a welcome sign that the “privacy is dead” tide is beginning to turn.

The Norwegian Consumer Council weighed in last week, publishing a comprehensive paper that clearly states that surveillance-based advertising has gone too far. Their call for a ban is supported by 54 organizations worldwide. I recommend that everyone read this in-depth paper, to get a sense of the scale of the problem and how to start tackling it.

The paper deals directly with many statements that Big Tech rolls out when championing or defending their surveillance and surveillance-driven practices.

It describes various challenges caused by surveillance-based advertising such as privacy and data protection infringement, opaque business models, manipulation and discrimination at scale, serious security risks and more, including even fraud and other criminal activity.

It points out how today’s dominant online advertising model is a threat to consumers, democratic societies, the media, and even to the advertisers the model supposedly benefits.

The issues raised are significant and serious enough to justify banning these detrimental practices.

To support the Council’s position, the paper fact checks many of Big Tech’s claims about consumer attitudes on surveillance-based advertising and concludes with the following findings:

It is becoming clear that a majority of consumers do not want to be tracked and profiled for advertising purposes. In a population survey conducted by YouGov on behalf of the Norwegian Consumer Council, just one out of ten respondents were positive to commercial actors collecting personal information about them online, while only one out of five thought that serving ads based on personal information is acceptable. This resembles similar surveys from both sides of the Atlantic, and indicates that consumers do not regard commercial surveillance as an acceptable trade-off for the possibility of seeing tailored ads.”

As a result of the paper’s publication, Norwegian politicians are being quizzed on the record about what they think. So far, all of them have come out in favor of banning surveillance-based ads. We hope that politicians in other countries will take action, as well. I believe they should and will, as long as we make sure they know that we back them to do the right thing.

Together, we can reverse course and help reform and free the internet from advancing data breaches, privacy invasion, information distortion and sheer exploitation.

For years we have communicated clearly that surveillance-based ads should be banned. We have rallied against Big Tech’s unethical and noxious practices through our values, services and products. It has never been an afterthought for us.

So, it is gratifying to see this matter gaining traction in the political sphere and beyond. It is too important to shy away from, and I am pleased to see others speaking out so publicly.

I have dedicated much of my life to the Internet. And, like so many in this position, I am worried about where the Internet is heading. For many years, the Internet was synonymous with freedom of expression, helping to improve communication and develop democracy across the world. Unfortunately, the landscape has drastically changed for the worse.

In an interview with Wired a few years ago, I expressed my concerns about the web being misused and called for a ban on personalized ads. But we are still being followed every minute. Invasive technologies watch our every move.

Yet, there is just no reason for companies to collect vast amounts of data on their users. They could and should keep safe any data they do have on their users. They could and should avoid using that data for any purpose beyond providing the service. It should go without saying that they should not use user profiles for advertising purposes. These profiles should not exist in the first place.

It is just plain wrong.

Over time, Big Tech has amassed incredible power due to its access to a treasure trove of user data. As Google, Facebook, and other players sought new ways to monetize their services and meet investor demand, they couldn’t resist. The data was easily available, so why not collect it? Why not use it to generate even more revenue by, for example, offering highly targeted ads? Gradually, the tactics, collection, and use of data expanded, until these companies were collecting virtually every move by everyone on the Internet – and beyond. The bigger issue is that these companies not only collect data but then provide the data or the ability to leverage it to third-parties willing to pay.

Companies have always had access to information about their customers. Your carpenter could likely gather a lot of information about you and your family from your home. Telecommunication companies could listen to your conversations. Your mail carrier could read your mail. These companies and service providers do not do this, because it would be wrong.

Big Tech has no such qualms. For them, the information is there for the taking, barring regulation and ethics getting in the way. And up to now, by disregarding both, these companies have gained massive advantages, which they have used to kill competition and change entire industries.

Reject “That’s just the way it is”.

Big Tech’s mission has been to convince us that it is necessary to pay for free services by allowing them to track us. But the Internet was fine without all of this surveillance.

These companies claim that their services would be more expensive if they couldn’t collect data. This is nonsense. It might be less profitable for them, but most of them would remain sufficiently profitable with traditional ads.

Moreover, by providing their services for “free”, in exchange for data, it makes it harder for other businesses to compete. As long as the consumer is the product, ethical companies will be at a disadvantage, reducing consumer choice. In other words, the true cost to consumers and to society as a whole is a lot higher when consumers are forced to pay with their data.

A number of small and large companies that rely on tracking and surveillance will claim that the industry won’t survive without it, but the reality is that ads existed online even before tracking. And they can survive without it.

We can heal the internet

Is there a glimmer of hope?

Finally, things are being taken seriously. Hopefully, we will see change. Many people believe that Big Tech cannot be stopped, but nothing is impossible. Over the years, other highly noxious things have been regulated for the public good. An example the paper cites is Asbestos, and frankly, the comparison is rather accurate.

When first launched, Asbestos was heralded as a wonder material that could keep homes, schools, businesses safe from fire. It took decades before the health hazards from asbestos came to light. The eventual ban on what had been viewed for decades as a necessary, desirable – and unstoppable – building material led to less hazardous materials being used in its place. This, in turn, improved the lives of those who might otherwise have suffered from its long-term effects.

Likewise, surveillance-based ads are hazardous to the health of the internet and our society.

A ban on surveillance-based advertising will force a change and rethink of the business models of companies addicted to tracking for profit.

As a result, it will help invigorate growth for technologies that respect consumer and fundamental rights, and restore consumer trust in digital services over the long run.

This madness has to stop

Today’s situation is frightening. More and more data about each of us is being collected and used with lightning speed.

Aware that users are increasingly privacy-conscious, Big Tech is getting more creative to keep the data stream from drying up. For example, initiatives like Google’s FLOC, which bills itself as a revolutionary “privacy technology”, despite being designed to harvest user data for Google’s benefit – and to evade browser settings that could prevent it from doing so.

We need our representatives to focus on these matters for the benefit of the people. The status quo is a losing game for us, our economy and society. A radical change is needed to secure our privacy over the long term, restore competition on the Internet, and reverse the damage brought by these unethical practices. 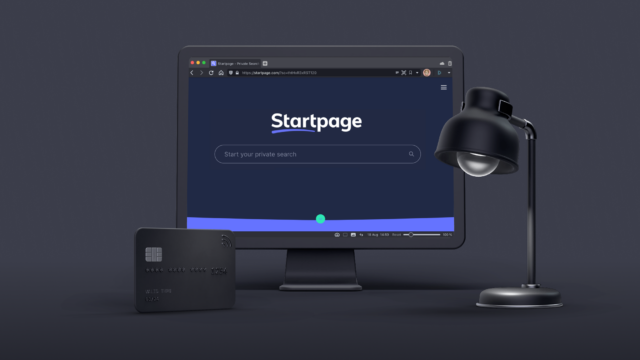 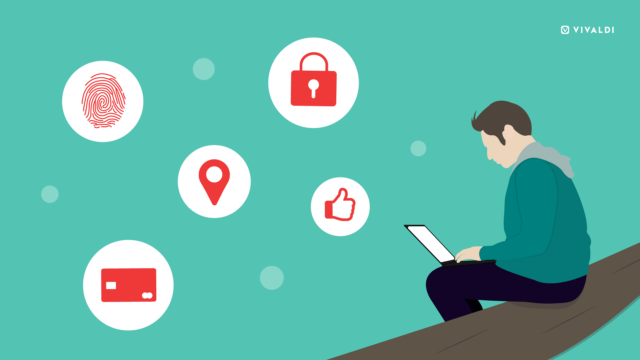