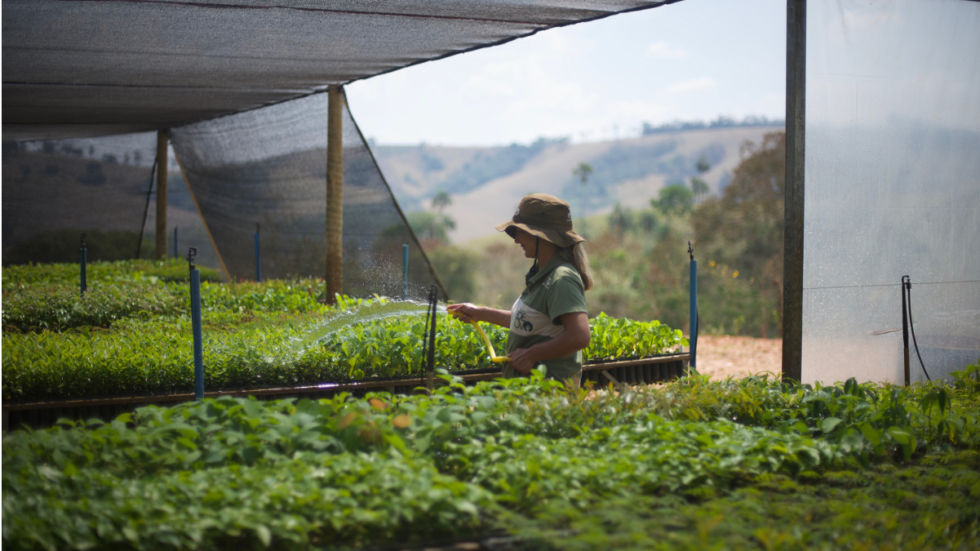 In an interview about social entrepreneurship first published on the Ecosia blog, founder Christian Kroll explains how the search engine Ecosia has grown.

In short, Christian Kroll took the long route: bootstrapping, making careful decisions, and opting for a slow and steady rate of growth over the past 10 years. It’s a less sexy departure from the entrepreneurship model that we see on “Shark Tank”. No precarious pitches, no cutthroat investors, no billion-dollar investments, and no dizzying overnight success. But it showcases the resilience needed by social entrepreneurs who have an eye on long term impacts, rather than short term gains.

In the current pandemic, resources and funds for entrepreneurs may be tighter than ever. Resilience will be one of the hardest and most important things entrepreneurs need to push through the changing landscape.

Here, Christian Kroll shares his advice and lessons learned with those who are out there trying to make a difference.

Q: Running a business at the best of times is hard. Now, it’s even harder. As Ecosia navigates these waters, what lessons are you learning about social entrepreneurship?

It’s important to have a buffer built into your business model to hold you through the bad times – both in terms of cash coming in and cash in the bank. Additionally, you need a network of people who trust you and will help you when things get tough. A crisis can actually be an opportunity for you to think strategically, and strengthen your position. No crisis has really lasted more than a few years, so be ready to take risks and make preparations for when things start to go well again. If you make the right investments during a crisis, you can still come out in a good place.

Q: Every entrepreneur hits a low point when they think that they’re not going to be able to make it. What was that moment for you, and how did you push through it?

In the first 3-4 years, we didn’t have enough revenue to sustain a company. It was challenges like “we aren’t big enough to pay the salaries we need”, or “we’re always short on resources”. While we never had moments where I doubted the survival of the company, I’m really happy that it’s been going well for a few years now.

Because we are working to address climate change – which is the biggest crisis of our time – my perspective is quite trained when it comes to a crisis. Even if our company doesn’t survive, I know there’s a much bigger problem out there to be solved. To some extent, we are always in crisis mode, because of the urgency of the current climate reality. It puts things into perspective. Things might get harder if a partnership falls through, etc., but it doesn’t change the fact that we’re running a marathon, and we’re just a few kilometers in. We have to keep running.

Q: You managed to grow Ecosia without asking VC investors for help. Today more so than ever, resources are going to be scarce for the entrepreneurs trying to make it. How were you able to build a successful startup with such limited financial resources?

Money can help, but it’s definitely not the only thing that makes a company successful. When entrepreneurs are short on cash, they might actually be forced to find better solutions in the long-run. For Ecosia, avoiding external capital allowed us an extraordinary amount of freedom – we are the only search engine independent from capitalist interests. This wouldn’t be possible if board VCs were demanding certain returns from our operations.

However, it’s also possible to avoid external funding by managing your cash flow. You can delay some of the payments that you have to make, or advance some of the income you’re generating. Use your partners as your bank account. It allows you a lot of additional flexibility without needing to give away control of your company. This might not always be possible, but I’ve seen companies say “I need external funding”, when in fact they could have just delayed payments with a partner by 2 months and been fine. Being smart solves more problems than money.

Q: Social enterprises have two obligations: impact and profitability. Impact can’t exist without profitability, but the two can also work at odds with each other – especially when money is tight.  Has that ever come into conflict at Ecosia? How do you balance that?

As a social business, we use a stakeholder approach rather than a shareholder value approach. We know there are various factors that a business needs to be successful. One of them is profitability; but it’s also having a positive impact on the environment, happy employees, being a good citizen in the countries where you’re operating, and so on. Every company should have an obligation to address all those factors.

The benefit of a shareholder value approach is that it removes profit-maximizing pressure, which allows us to make different business decisions. Let’s say someone is looking for a washing machine on Ecosia. Google will recommend the washing machine sold by the highest ad bidder, which is where they make the most profit. But in our case, we have the flexibility to say “no, we would rather recommend another washing machine with less profit margin, but which is sustainable and produced under fair conditions.” Profit maximization should not be the only determinant factor in our society, and in running a business. We need to have the freedom to make trade-offs and decisions and find an optimum that is good not only for us but for the entire system.

Q: Who are your role models in resilience?

Nature is a great example of resilience – she never puts all her eggs in one basket. If one big tree in a forest falls in a storm, hundreds of other trees from different species grow, and eventually, the fittest tree will survive. The survival of the fittest is often interpreted as the survival of the most aggressive, but it actually means survival of the most adapted. The tree that is best adapted to the environment will survive. You need a lot of eggs in many baskets to avoid a collapse. Mother Nature herself is a great role model for how we are trying to adapt.

Q: What advice would you give to all the budding social entrepreneurs out there, who are thinking about starting projects or companies to help their communities through these difficult times?

Find the right mix between business and doing good. I see a lot of people who really care about what they’re doing, but they don’t have a good business model. I also see a lot of people who just want to make money and use “doing good” as a marketing instrument. Quite a few big companies who say they are doing good are actually not doing good at all, they’re just not being honest. For me, finding an honest business model that has a positive impact on the planet is important. The business model should also allow you to pay good people, otherwise, you won’t be able to make progress. That was the mistake I made in the early years: the business model wasn’t generating enough income to pay people, so it was going very slow. The other mistake I made was not having any mentors in the early days, which meant I had to learn a lot of things the hard way. When a mentor joined four years after starting the company, he was able to provide some of the guidance to develop the company further. It would have been much better to have him earlier.

Finally, It’s important that you really care about the mission of the company, and that you are resilient. If things don’t work out right away, keep trying. It took Ecosia 5-7 years before we started seeing the traction and success that we wanted. It took time, and people need to be up for that. At the same time, I see a lot of people sitting on business models that are just not going to work – they’re basically sitting on a dead horse. If that’s you, you need to be able to admit it. So it’s both being resilient, and being honest. Really deeply caring about what you’re doing is important, otherwise, you lose sight of why you’re doing what you’re doing.

Q: In terms of finding the right business model – a lot of young people are really passionate about making change, but they might not have a lot of background in business. Where would you tell them to start looking to find either mentors or advice?

Take advice from people who have actually successfully built a business. A lot of university or NGO-financed programs are not created by people who have actually built successful businesses, but by people who are being paid to develop a course. A lot of people can give you advice, but whose advice is actually right? The likelihood that you get good advice is much higher if you ask someone who’s actually successfully done it. If you can’t find a successful social entrepreneur, then find someone who is a successful entrepreneur. Then you can use your own heart to make sure that your business is going in the right direction.

You can also look at good incubator programs for social businesses. Your model will be a bit different in terms of getting funding, so that’s something to be aware of. But if you’re a smart, young person who cares about our planet, then starting a business is potentially one of the best, most impactful things you can do.

Read more about Vivaldi browser and Ecosia.
Find out more about the search engine Ecosia.
How Ecosia protects your privacy in addition to planting trees.