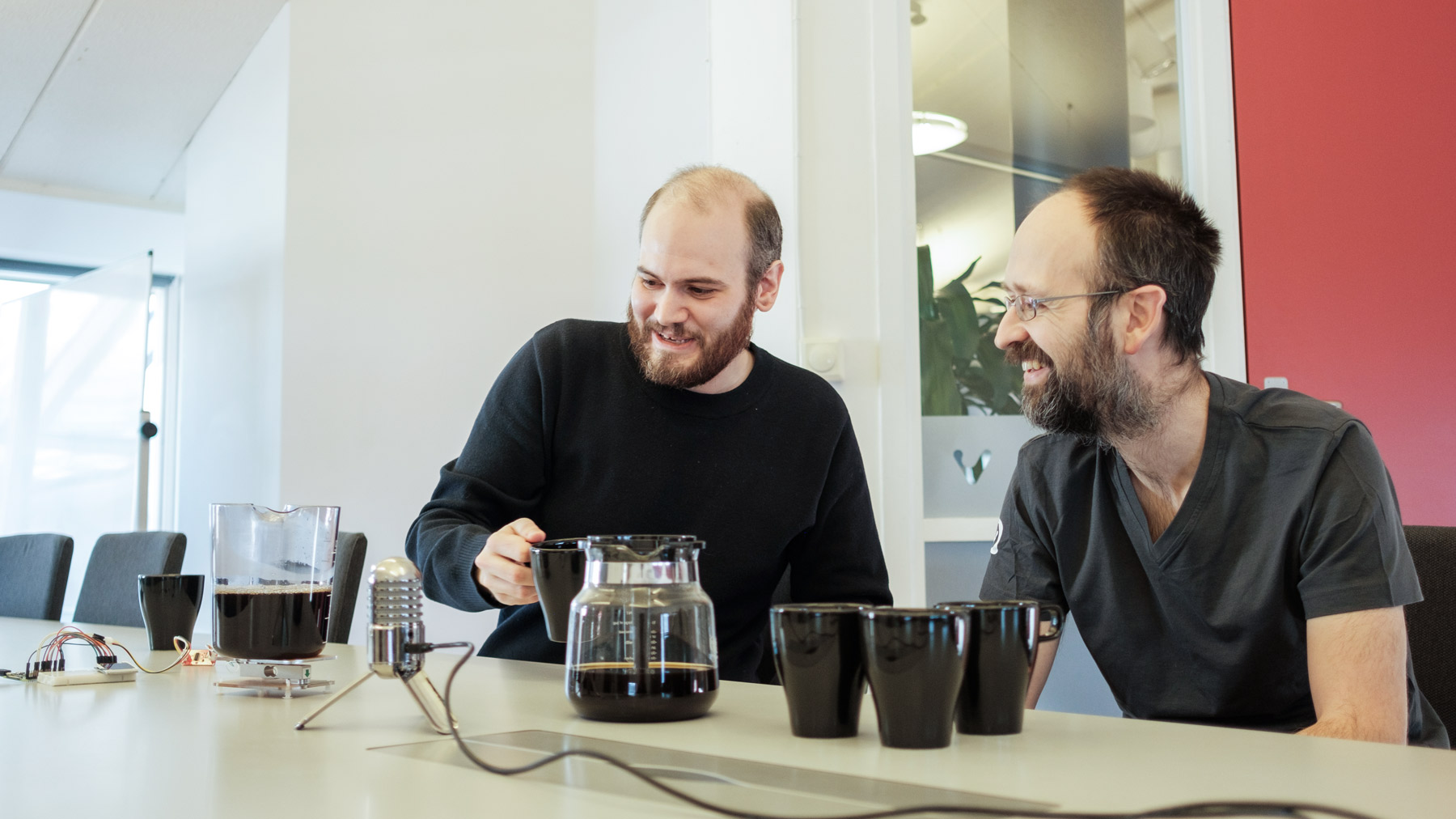 It was not long ago that we introduced the Vivaldi browser on Raspberry Pi and other ARM devices on Linux. Did we? Yes! And what a cool idea this has been.

Let us refresh your memory. Last year in December, we ran a contest where we asked our users to send in their ideas on how  they would use a Raspberry Pi. We got some impressive (crazy) entries and narrowed it down to 5 winners. The winners received a Raspberry Pi and some Vivaldi swag as prizes.

We promised to follow through the projects with the winners and here we are with the first one!

One of the winners, Espen Helgedagsrud, is a web developer based out of Oslo. It was easy for him to drop by at our head-office to share with us the progress of his project. And as most of us are coffee lovers and (maybe) have a hidden geeky streak in us, we (a few curious onlookers) decided to record the entire session for you.

In the video below, you’ll find our team members Jarle Antonsen and Ruari Ødegaard, both big fans of Raspberry Pi, in conversation with Espen.

So take a look at some real geeky-love for this fascinating, tiny little computer right here.

We also have a short write-up by Espen on his creative and inventive coffee monitoring system. Give it a read.

“The coffee monitoring system is based on a weight sensor, called a “load cell”[1], which measures flex in a metal bar using electronic resistance. The result is a highly accurate weight reading once calibrated correctly. This is a cheap component available from places like AliExpress or eBay for close to nothing. To interface the sensor itself I’m using a chip called hx711, which acts as a signal amplifier and analogue to digital converter, and hooks directly up to a Raspberry Pi data pin.

The code is all written in Python, and is mostly external libraries for the sensor and LCD, but with custom code for the calibration and threshold logic. For the cell I’m using tatobari’s hx711 library[2], but with some modifications to the sampling code (using median instead of average to flatten out jitter for instance). The screen is just a super cheap 128×128 backlit LCD hooked up on the SPI-bus, and one can use pretty much any of the standard LCD libraries for Pi to run it.

The current prototype configuration is based on one dl per cup and using simple division to figure out how many cups there are left. This would, of course, be tweaked for real mug and coffee pot sizes in a non-test setting. There is also a warning threshold on 3 cups, so if it reaches that level (or lower), it will show an alert. The idea is to hook these alerts into some push notification system (like slack or discord) so that whoever is in charge of making the next batch gets an early heads up.”

How did you like Espen’s idea and execution? Any suggestions for him to build up on his project? Let us know and stay tuned for more on this.