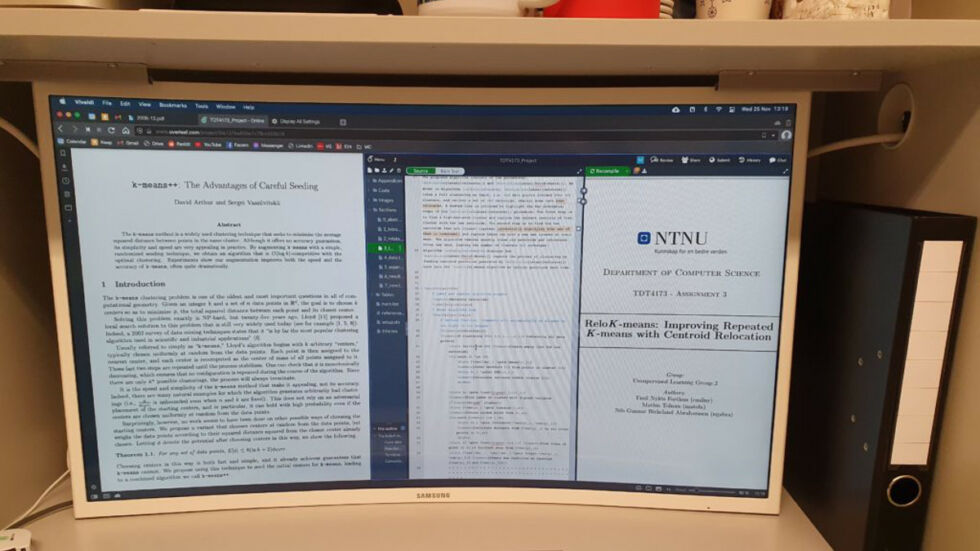 Up until recently, Google Chrome was the only browser I knew. I discovered Vivaldi browser when I started working for Vivaldi as an intern.

Once I got to know the browser better, I was keen to introduce it to my friends.

This is the story of how Mathis, one of my closest friends, “discovered” Vivaldi.

Mathis is not only one of my closest friends but also one of my brightest friends. He is currently studying Industrial Economics and Technology Management with a specialization in Artificial Intelligence at the Norwegian University of Science and Technology.

When I first talked to him about Vivaldi, I made it clear that I wanted him to be brutally honest and give me his honest opinion.

He would naturally have me by his side to answer any questions he had, but I intentionally wanted him to explore the browser by himself, to begin with.

I wanted to observe how he reacts to the browser, what areas he likes or dislikes, as well as if his first impression would differ from my own.

I was impressed by his process of discovering Vivaldi and I recommend that other Vivaldi novices follow in his footsteps.

At the time of writing this, Mathis has used the browser for one week, and here are some of his first impressions and thoughts.

Initial thoughts on browsing with Vivaldi

Mathis is very curious by nature.

I was very impressed to see that he spent the first 10 minutes exploring the endless settings and different ways of customizing Vivaldi. He changed the default search engine, imported bookmarks and passwords, customized the default zoom settings. All to make the browser feel like what he is used to and comfortable with.

Once he did that, I introduced him to the features I most frequently use and am most impressed with. Just like me, Mathis uses multiple windows and tabs while studying and he was very impressed with the Tab Tiling feature. We even compared how his regular setup would look in Chrome vs. Vivaldi.

Not only did it look a lot better in Vivaldi, but it was a lot easier and more efficient to set up. He would split the pages in three, one with tasks, one with lecture slides, and the last with lecture notes.

One thing that caught Mathis’ attention, which hadn’t caught mine yet, were the different Page Actions, especially the CSS Debugger.

As a Computer Science student, having the opportunity to actively see changes and elements when developing websites is great. He found that combining the CSS Debugger function with Tab Tiling is very useful, considering at least one tile would be used for Stack Overflow – something he says any other software developer would agree with.

He also showed great appreciation for the accessibility and the options for universal design, such as different filters, fonts and the reader view, that make browsing easy for everyone.

It shows that the company and developers have values and morals to be proud of.

Mathis also told me that he would never use a browser without blocking ads and he was very impressed by the quality of Vivaldi’s built-in Ad Blocker.

One week into using Vivaldi, he was surprised how efficient and easy the switch actually was. He also admitted that Vivaldi has changed the way he works, making him more efficient (Tab Tiling was the feature he praised the most).

I asked Mathis if there was anything that he missed. Something other browsers gave him but not Vivaldi.

He responded in a modest way that there “probably is a setting for it, as there seems to be a setting for everything”, but that he misses the way he could “drag” tabs out of the Tab Bar to create a new window. He admits that this feature would make it easier to organize his desktop.

Later, we realized that this works by default and you can drag down or up (if the window isn’t maximised).

He would also like the ability to “drag and drop” PDFs into a browser window to open a PDF-viewer of the document in the tab. This is just a small inconvenience, but he admits that it would save him some trouble.

He underlines how impressed he is with the browser as a whole and that these differences have not been bothering him.

I would never think to switch from Chrome as I was extremely satisfied, but Vivaldi has managed to change my mind.