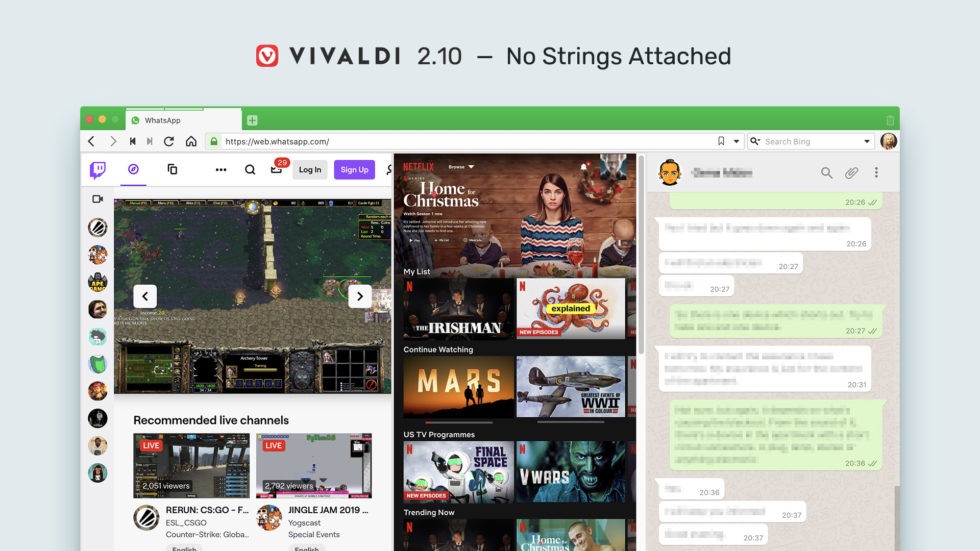 OSLO – December 19th, 2019: The Vivaldi browser releases its last update of the decade – Vivaldi 2.10 – addressing a significant issue of the user agent that will provide its users the best website compatibility while browsing.

The latest version also gives users a novel option to match and even schedule their browser themes with the operating system of their devices. In addition, there have been overall improvements across the board.

Being a Chromium-based browser, Vivaldi should work on any website that works on Chrome. Yet, Vivaldi has faced the issue of “incompatible websites” far too often.

This is because many websites that work perfectly in Vivaldi, actively block Vivaldi when its true name is “announced”. Vivaldi is blocked for many reasons, and often by competitors, rivals and tech companies in a position of power.  Blocking Chromium-based browsers has no technical merit in 2020, nor has it ever had.

Vivaldi users regularly encounter messages that they have to upgrade their browsers or the site will not work. Although Vivaldi has made workarounds for a few of these issues, this is happening on too many sites and some are hard to fix.

From this update onwards, users will be able to browse smoothly all those websites that claim to be incompatible with Vivaldi. This is because Vivaldi has changed its user agent string. Basically, the word ‘Vivaldi’ is being dropped from the user agent string.

For the uninitiated, a browser sends its “user agent” to every website you connect to. A user agent is a string – that is, a line of text – identifying the browser to the web server, including the version number and operating system.

Over time, the browser “user agent” system has been abused with the practice of “browser sniffing” and a lot of ink has already been spilled on the reasons why the user agent string should not be used for such bad practices. In short, instead of making the Web accessible to everyone, regardless of which browser or device they are using, this has worked the opposite way.

“The primary reason to show Vivaldi in the user agent is a level of pride. That pride, however, is hurting us, as our competitors and others are using this to block us from their services,” says Vivaldi CEO Jon von Tetzchner. “That is why with today’s update, we’ve drawn a line in the sand so that you can browse more websites without a glitch.”

Here is a video that will explain this further:

Colour-coordinated: Match your themes with your operating system

Vivaldi already allowed users to schedule the ultra-customizable Vivaldi themes to change at their preferred time(s) – a unique feature that gives users to customize their even browser.

Now users find a new quirky option so that Vivaldi can work in concert with the themes of the operating system – to match light or dark theme (the latter being all the rage these days). Vivaldi can now follow the theme of OS too.

To match the themes according to the OS that the user is using, go to Settings → Themes → Scheduled Themes → Use Operating System Theme. Users may pick any pre-installed or custom theme to be used in light and dark mode.

Or users can always set up their own time schedule, regardless of OS, using as many themes they want. 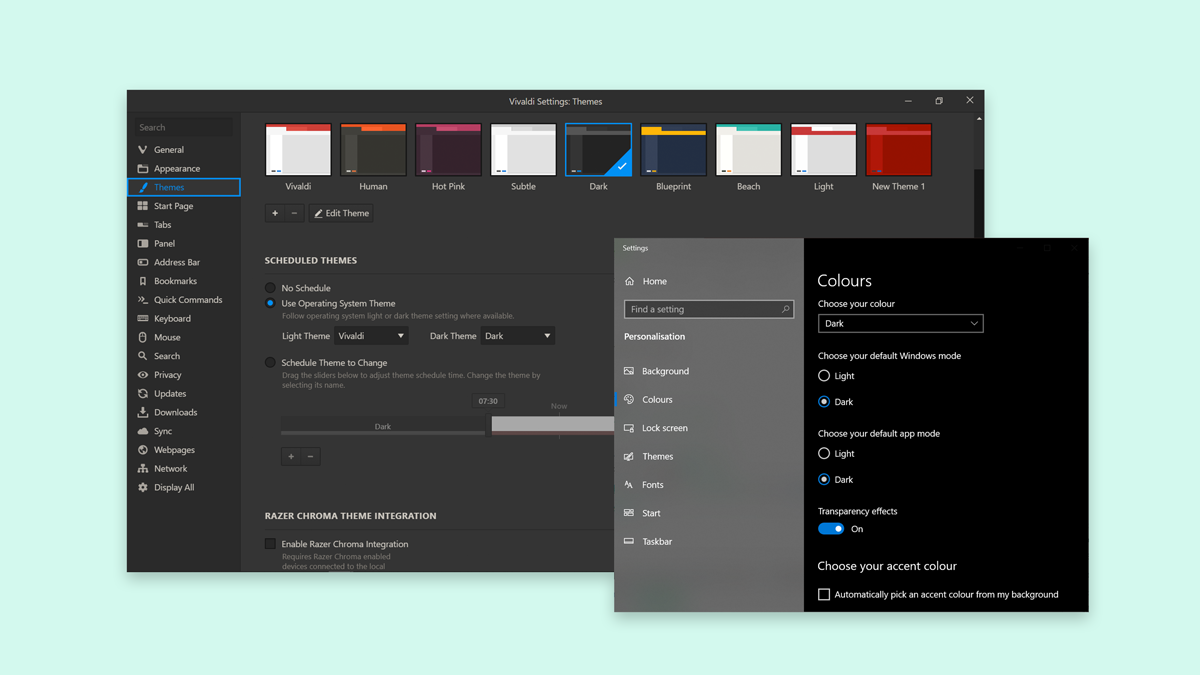 The focus on improving the overall browsing experience is an integral process of building Vivaldi. Vivaldi 2.10 has more on the offer: