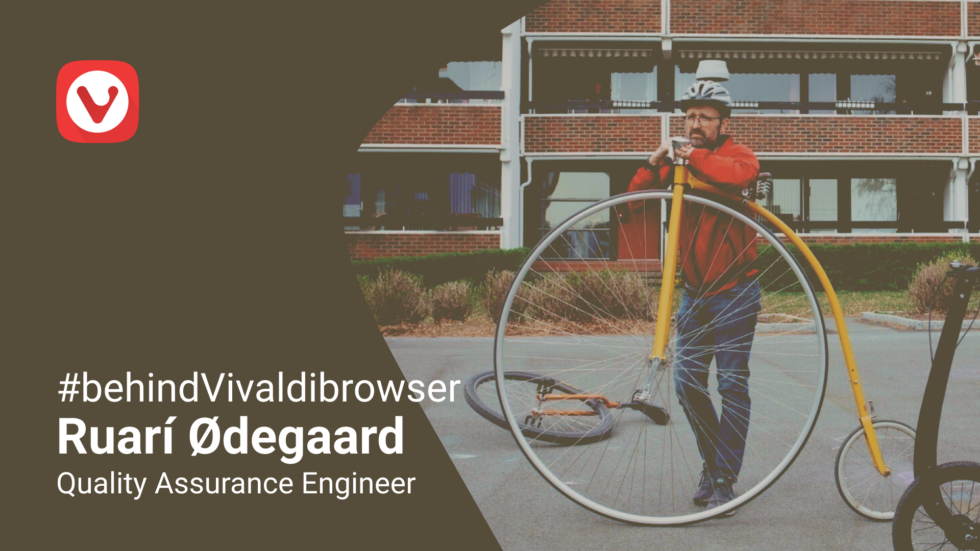 Ruarí Ødegaard, a longstanding VIvaldi veteran, is lead QA Engineer for the desktop browser. He’s also responsible for taking care of much of the release process for snapshots and stable versions.

He is one of the more visible members of the team, whether he’s blogging about VIvaldi for desktop, appearing on live streams and videos, or, more recently, welcoming folks to Vivaldi Social, our new instance on Mastodon.

Indeed, Ruarí is one of our most active members on Vivaldi Social, so you’re bound to run into him when you stop by.

But occasionally he makes a buzz on social media for non-Vivaldi-related reasons. Why? Well, riding a penny-farthing to work is quite normal to him. But, such a spectacle does not go unnoticed in Oslo 😉

Want to know where his passion for unicycles comes from and his take on Vivaldi and technology in general? Read on!

🚀 What do you love about working at Vivaldi?

I love working on a product that other people really care about. Vivaldi fans are really passionate about their browser and its features. Even when we put out test versions, we can get back pages of comments and feedback. That is not something you see with most software. Knowing that users care so much about something I get to work on is incredibly fulfilling and helps me to feel it is all worthwhile.

​​💪 What are your favorite productivity features in the browser?

Generally the range of tab management options is one of the key reasons I love the browser as a user. If I had to pick one thing, it would probably be Tab Stacking, which is interesting because for the longest time I didn’t really get stacking and could not accommodate it into my workflow. However, once we started to provide Two-level Tab Stacks, everything made sense, and it is now a feature that I could not live without.

💡What is the biggest thing you’ve learned so far?

Sometimes we have bugs that users will interpret as an active decision on our part. For a long time, certain types of video did not work reliably on Linux. Some users interpreted this as, “Oh they just do not care about Linux”. That was never true, and in fact there is a lot of love for Linux throughout the company, especially on the engineering side, where many of us our Linux users. The issues we faced were just “complicated”.

This has also taught me to think carefully about the actions of other companies and individuals. Not every perceived action is inherently “evil”. Many times it comes down to humans just making mistakes. That is not to say that we should not call companies out, but we should remember that the situation can be more complex than it may seem from the outside.

🤩 What else should we know about you?

I tend to favour simple products (from an engineering perspective). I use a feature phone (rather than a smartphone), own a watch with a single hand, I regularly travel (and commute) via unicycle and run a Linux distribution that is put together almost entirely out of basic shell scripts (Slackware).

This might seem at odds with a browser that offers millions of feature combinations. However, I think that part of the reason I like these things is because I deal with a lot of complexity at work. So, outside of that environment, I gravitate to simple products that I can more completely understand.

Additionally, Vivaldi is about empowering people to be different and find their own way and their own workflow. Unlike other rival products, you don’t have to use the workflow that is imposed on you. You get to do things your own way. From my (seemingly) odd choices, you can see I also live that way in my general life as well.

What about you? Do you have different tech perspectives, depending on whether you in home or work mode? How does your Vivaldi home set-up differ from your work one? Let us know in the comments. 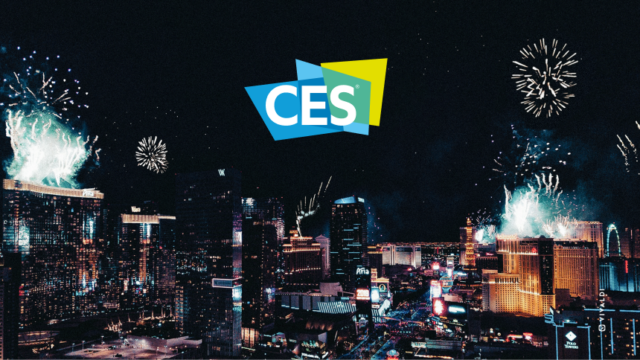 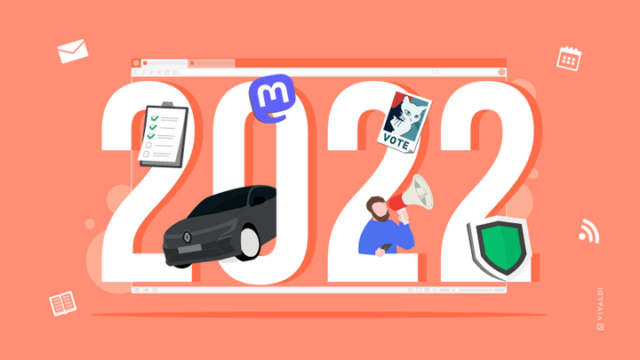