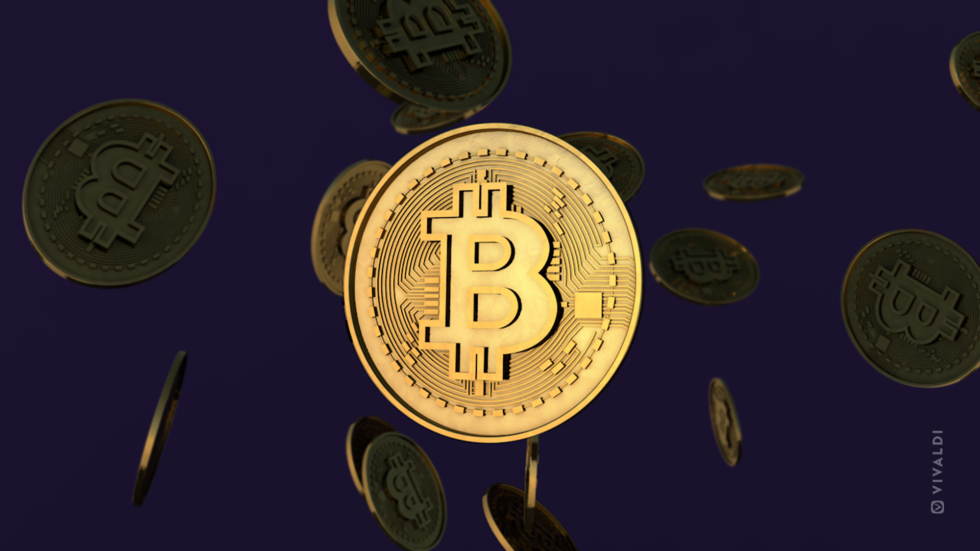 Some years ago, when cryptocurrencies weren’t talked about as much, we were considering announcing a parody cryptocurrency for April’s Fools. It would be called ThinkCoin, and the joke was that all the value associated with it was in the mind of the user, with no software to back it in the real world.

This was ridiculous, of course, playing on the idea that actual cryptocurrencies have no actual value either. This should tell you that we never thought seriously about entering that space. These days, however, with the incredible hype and attention that cryptocurrencies, and more recently NFTs, are currently getting, we couldn’t even go for such a joke, for fear that it would be taken seriously.

Since the discussion around cryptocurrencies has reached such an extreme, I think it is high time to clarify Vivaldi’s position.

Cryptocurrency – is it a revolution?

Cryptocurrency has been touted by many as a revolution in currency, the future of investment, and a breakthrough technology. But if you look beyond the hype, you’ll find nothing more than a pyramid scheme posing as currency.

It’s basically a digital commodity, though one without government backing or banking system support. Claiming to be the new digital currency of the internet, cryptocurrencies promise decentralization and freedom from governments.

Each cryptocurrency typically follows a certain recipe to ensure that the founders create a lot of wealth, a way to distribute the currency to give it legitimacy, and some story on how it is different from all the others.

But since cryptocurrencies are too volatile to be used as an actual currency, people treat it as a sort of investment scheme. The problem is that to extract actual money from the system you have to find someone willing to buy the tokens you are holding. And this is only likely to happen as long as they believe they will be able to sell them on to someone who’ll pay even more for them. And so on, and so on.

If at any point one stops being able to find people willing to buy those tokens on just the promise of them being worth more in the future, the whole scheme might well come crashing down, with the value of all tokens going to zero.

The energy consumption of cryptocurrency is another major concern. The energy usage of bitcoin alone is staggering, consuming as much electricity as some countries. And this is likely to keep increasing as the technology behind it does not and cannot scale in any reasonable way.

For obvious reasons, that sort of energy consumption isn’t good for the environment as the energy could clearly be spent better somewhere else. This is also true if it’s renewable energy since it could instead be used to displace fossil fuels in other applications.

While so many of us are trying our best to reduce our carbon footprints, it feels counterproductive to indulge in technology that undoes that hard work.

The entire crypto fantasy is designed to lure you into a system that is extremely inefficient, consumes vast amounts of energy, uses large amounts of hardware that could better be spent doing something else and will quite often result in the average person losing any money they might put into it.

At the time of writing (January 2022), there are over 8,000 cryptocurrencies in existence. Compare this to the 180 actual currencies worldwide that can be used as legal tender.

The most baffling part of this cryptocurrency craze is that it’s still unclear if there is any viable use case or a meaningful way to value it. Without this, it is reduced to merely an overcomplicated slot machine for those with money to burn.

Yet, despite all the negatives, there will still be those who opt to participate. And for those who end up owning some crypto tokens that they’ll need to manage, the browser might seem a logical place to keep track of it all. Indeed, some of our competitors have done just that and now provide crypto-wallets in the browser.

Since Vivaldi is all about offering choices and customizability, you might expect us to include this functionality, as well. But in good conscience, we cannot.

The entire crypto fantasy is designed to lure you into a system that is extremely inefficient, consumes vast amounts of energy, uses large amounts of hardware that could better be spent doing something else and will quite often result in the average person losing any money they might put into it.

When you strip away the hype, these virtual currencies have very real repercussions for people, society, and the environment.  By creating our own cryptocurrency or supporting cryptocurrency-related features in the browser, we would be helping our users to participate in what is at best a gamble and at worst a scam. It would be unethical, plain and simple.

We refuse to dress these scams up as opportunities. Instead, we encourage you to treat them with the skepticism they deserve. This may be a game for some curious crypto-investors and wealthy speculators, but for those unlucky enough to get caught out by the pyramid scheme, it could be devastating.

It’s just not worth it.

What are your thoughts on Vivaldi’s stance or cryptocurrencies in general? Let us know in the comments below.