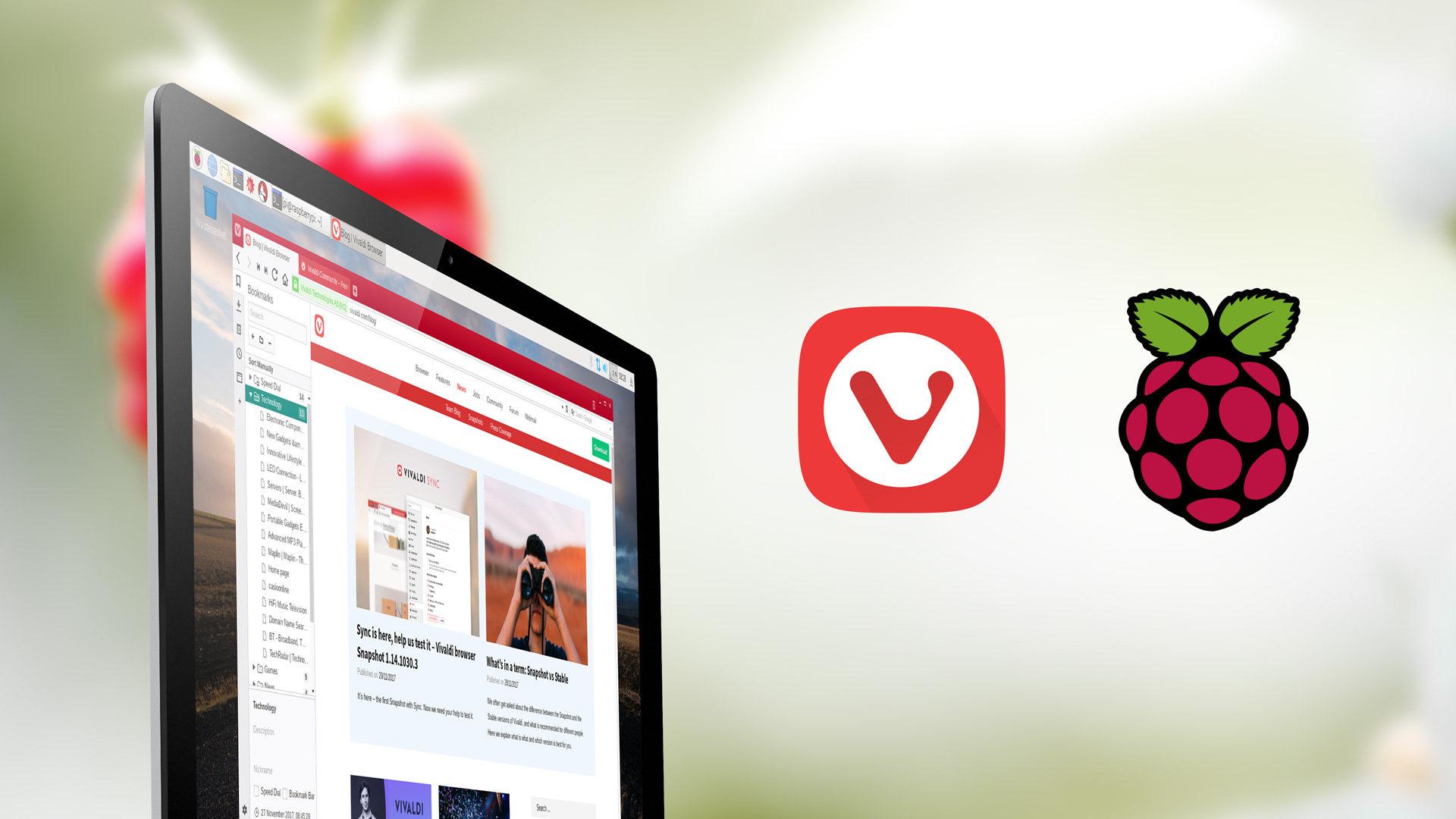 Why are we making Linux ARM builds?

We started making these builds primarily for ourselves, as part of our work towards Vivaldi mobile and to allow us to try out Vivaldi on various ARM devices that the team already own (or intend to buy). In addition to the popular ARM boards (like the Raspberry Pi), there is an increasing number of recent projects on the horizon where builds like these may be playable. Rather than keep all the fun stuff to ourselves, it makes sense for us to share them with you the community, to see how and where you could use them.

For now, these builds will live alongside the official packages but are not considered to be “fully supported”. These means you are welcome to use them and let us know any problems that you encounter, but any issues found will not hold up the release cycle for our regular, supported desktop versions on Windows, macOS and Linux (x86/x86_64).

Where can I use these today?

You can now browse with Vivaldi on the recent models of the Raspberry Pi (2/3), along with other popular boards (and devices), such as CubieBoard and ASUS Tinker Board.

The Raspberry Pi’s distribution (Raspbian) ships with Chromium, however, we feel that Vivaldi is far more suitable. This is in part due to its endless customization options, which match the mantra of the Raspberry Pi itself. Vivaldi is a perfect browser to personalize and make your own.

For my own part, I have a Raspberry Pi plugged into my TV. This allows me to use my TV as another device for browsing. While high-end TVs increasingly have a browser built in, it is cheaper to add a Raspberry Pi to the setup – and those browsers tend to be limited, compared to a full-featured desktop browser like Vivaldi anyway. I make use of Vivaldi’s unique “User Interface Zoom”, along with default page zoom to make everything readable when I sit at a distance from my TV. I also use the Reader View for a clutter-free reading environment.

In addition to those, Vivaldi’s built-in functionality such as the tab grouping, the screenshot Capture tool, Notes and Image Properties, etc. make the experience even better!

We’d love you to try Vivaldi on your setup and let us know what you think.

You can download Vivaldi for Raspberry Pi and other Linux based ARM devices by clicking the button below.

Installation on Raspbian is as simple as double-clicking on the downloaded installer. If you are using a non-Debian based Linux distribution, this help page might help you to get the build running.

What is the Raspberry Pi?

For those not familiar with the Raspberry Pi, it is an incredibly small, inexpensive computer used for fun and useful projects. Exceedingly popular amongst students and computer geeks, it is the third best-selling “general purpose computer” ever. 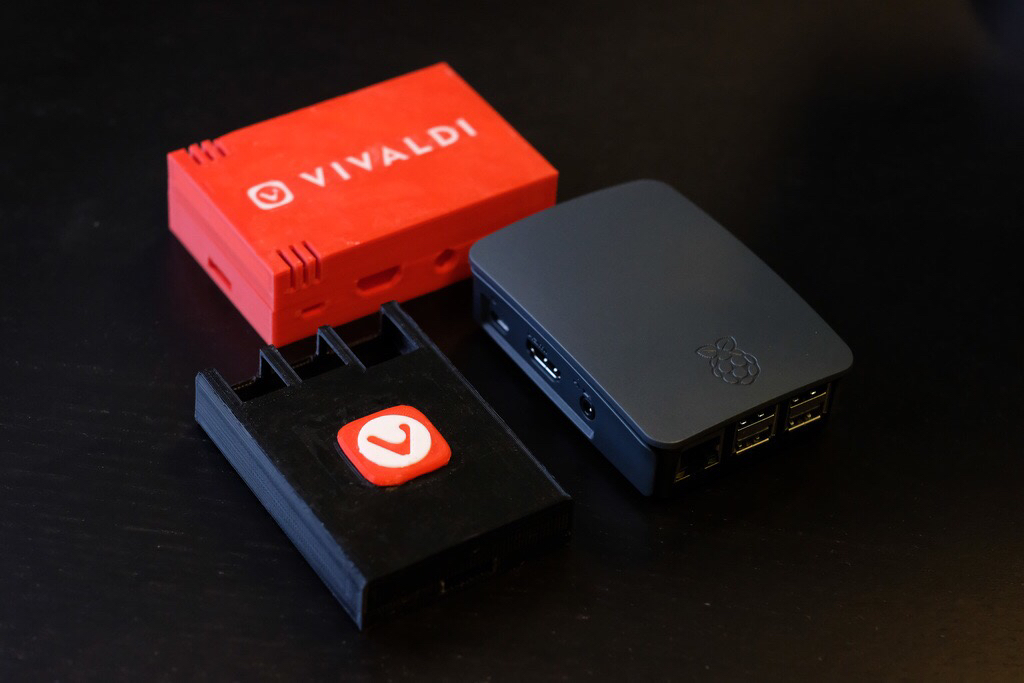 The Pi’s popularity has led to a thriving community of computer hobbyists. The creative Pi bug has bitten a few of our very own Vivaldi developers. Here is a sample of their pet projects.

“I have been fiddling with electronics since I was a kid. And I am still doing that. A few years back I got hold of my first Raspberry Pi. The Pi is so versatile and can be used for all types of projects. You get quite some computing power for very little money,”

“Currently, I have three of these little buggers running at home. One is working as a media server for my home network. I have a couple of surveillance cameras based on the Pi 1 Model B and the Pi Zero. It works perfectly fine for home security. I have also used a Pi as a Minecraft server.”

“I like to use dedicated computers. The smaller and quieter, the better. Currently, I have one that serves as a file server for a garden camera to store captures on an SD card. No moving parts and silent operation means it can be placed everywhere. It has been running for 17 months saving a new photo every 10 minutes. There are also three computers used as media players hooked up to wall-mounted TV sets. They are so small that they can be hidden behind the TV. I have one in an Arcade machine, which replaced a noisy and bulky DELL machine. It uses a fraction of the power and is completely silent. Lastly, my homemade model of Big Ben – the only purpose of it in life is to play chimes in the loudspeakers when the time is right.”

Don’t have Raspberry Pi (or need another one?) – get ready for a fun contest. 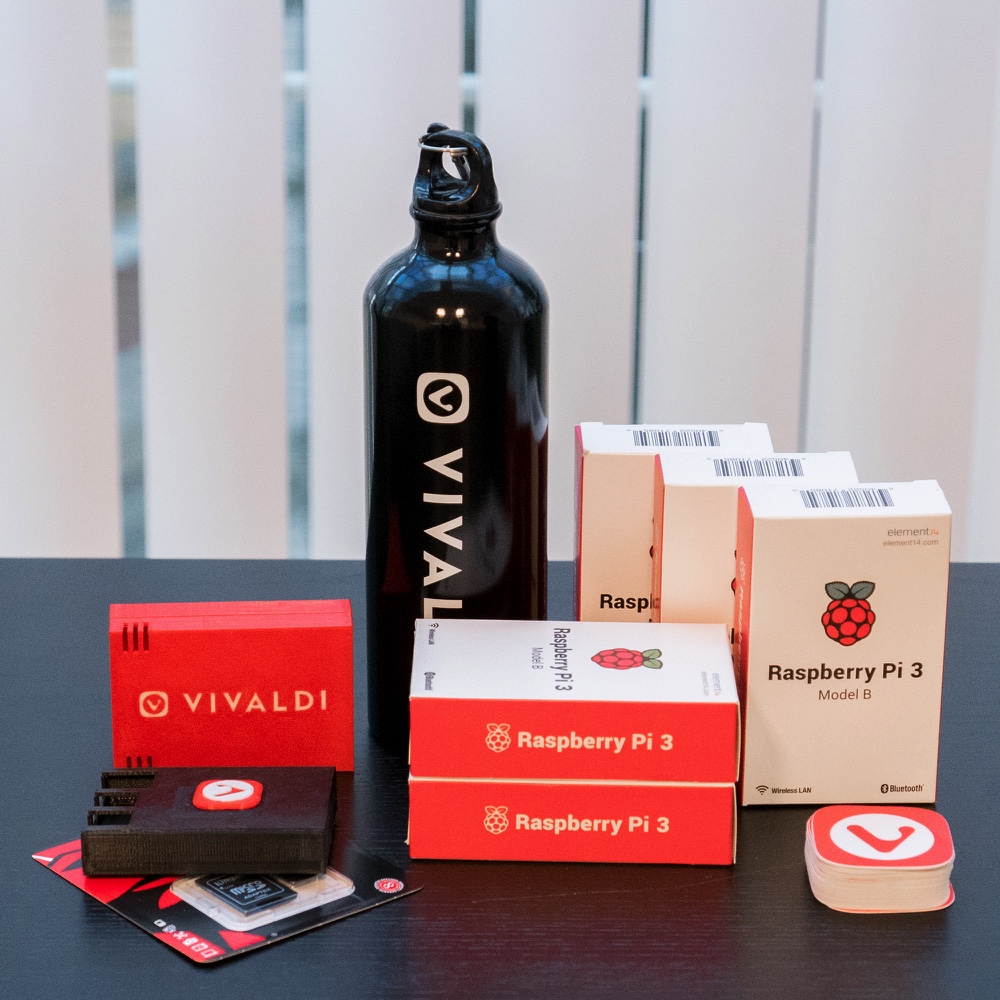 Winning is simple. Share plans for your next Pi project (the crazier the better) in the comments below. We’ll pick five winners who will receive a prize pack including:

Don’t need another Raspberry Pi? Maybe gift this nerdy swag to someone as crazy as you are, this holiday season?

Amaze us with your ideas below. We are waiting.