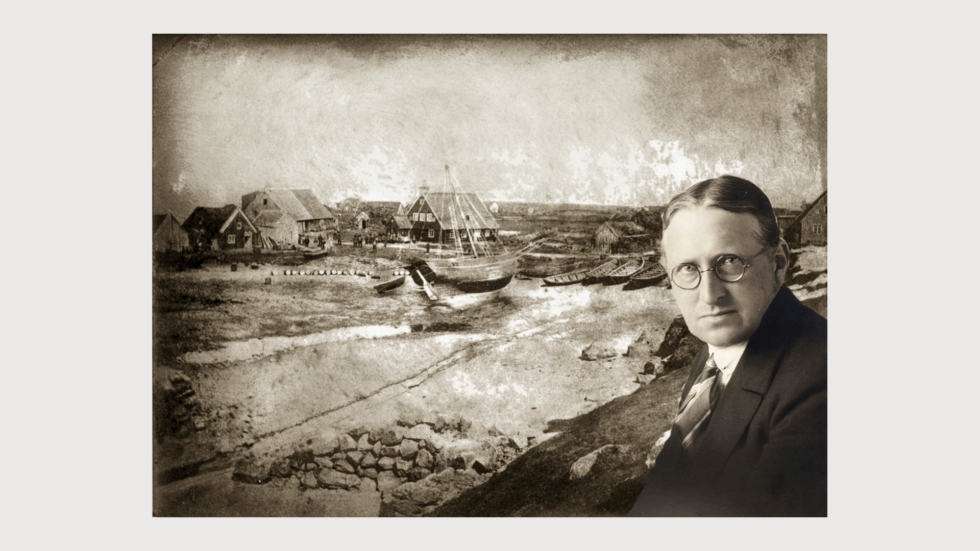 These unprecedented times of Coronavirus have made me look again into the history of the Spanish flu.

In the days when the Spanish flu was widening its spread, my great grandfather played an important role in Iceland.

In 1918 the population of Iceland was smaller than it is today. Only 91,633 people. 40% lived in towns, while 60% lived in rural areas. The dreadful Spanish flu had visited Iceland briefly in July 1918, with little consequence, but returned with a vengeance on October 19th and 20th, on two boats from Copenhagen and New York.

During that period, my great grandfather, Sigvaldi Kaldalóns, worked as a doctor in the Westfjords, in the areas of Ögurhreppur, Reykjafjarðarhreppur, Nauteyrarhreppur, and Snæfjallahreppur. At the time, the population of these areas was about 850 people. As the flu spread sharply in Reykjavik and in other areas of the country, including in neighboring Ísafjörður, he decided to quarantine the area.

Due to his firm decision, the Spanish flu, which had already infected two-thirds of the population in Reykjavík and killed 2,6% of those infected, actually killed no one in this area. Similar measures taken in Northern and Eastern Iceland had positive results as well.

Now we are grappling with Coronavirus. Let’s hope the impact is not similar to the Spanish flu in 1918. Most likely it will not as we have learned a lot from previous epidemics.

In 1918, the reaction had been slow to start with, but today as a society we are taking these circumstances more seriously. The virus is spreading but hopefully, it will quickly reduce as strict measures are being taken. Today, with the help of technology and knowledge, we can deal with it in a far better way.

At Vivaldi, we are working from home. As Vivaldi is a distributed company, working from home is not entirely new for us. But everyone working remotely is definitely a first and it is overwhelming. We are used to seeing each other at our workplaces but fortunately, what we do can be done from home.

We’ll continue to build Vivaldi and give you more ways to organize yourselves better and browse the web freely, especially at this time when staying connected has become even more important than ever.

In this unsettling time, our top priority is the well-being of each other. And we are confident in our ability to come through this together.